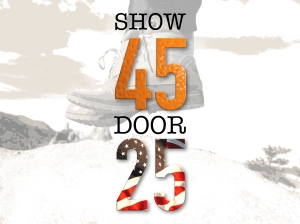 Today I sat down to watch the a Join Session of the US Legislature certify the electoral college tallies, and debate the dead-end objections which were going to be brought by Republicans close to Trump’s orbit. The opening debate in the Senate was interesting, even if I find the whole faux concern about “rampent allegations 1” frustrating, and then what I expected to happen happened.

MAGA supporters, incited by the words of the President of the United States, decided storming the capital building was the best way to express their displeasure that the conspiracy theories they’d been fed weren’t changing actual reality. Both houses were moved to “a secure location,” and insurrectionists marched around the Capital. The President 2 remained silent for hours after this insanity got under way, and then decided to release a twitter video which told people to go home while reiterating his delusional rants about fraudulent elections. So that “helped.”

This all happend after a morning rally where several people, including the sitting President of the United States, incited this very scenario. Guiliani even called for a “trial by combat.”

None of this needed to happen. But we have a President who controls a cult of personality and traffiks in conspiracy theories. It didn’t need to happen, but Trump would rather burn things down than be wrong. And Trump Cultists have been conditioned to believe that if Trump isn’t President the country will end.

It didn’t need to happen, it was manufactured.

After the election Republicans asked “what was the harm in letting Trump have time to process his loss?” We’re watching that harm unfold, and it time for our elected officials to act. As a US Citizen I call on VP Pence and senior leaders in Congress to invoke the 25^th^ Amendment and remove this narcissistic wannabe tyrant from office today 3. The GOP members in the Senate failed to uphold their oaths during the impeachment trial, and did what was politically expedient instead of what was right. Trump’s actions over the past two months have been deplorable. Both his actions and inactions today are despicable. He must go.