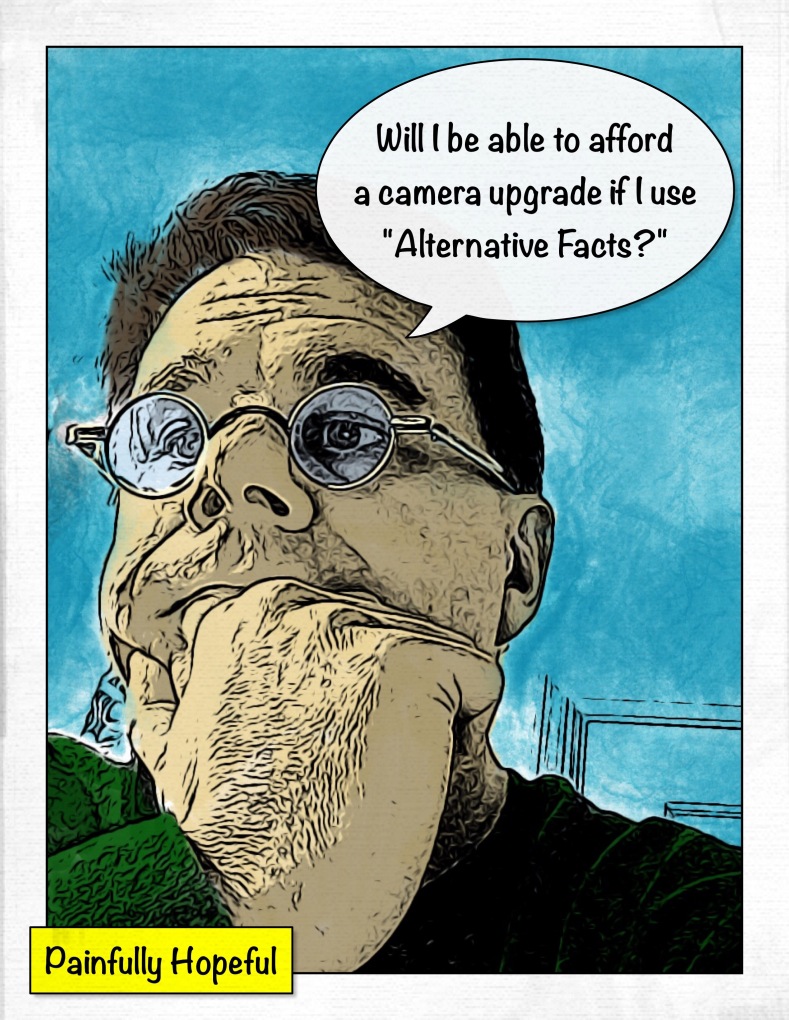 This afternoon I began seeing a new Twitter hashtag, #alternativefacts. Given the response of our current administration to the relatively low attendance at the inauguration, I figured it must have something to with the Trump Whitehouse. I chuckled a bit at the hashtag and moved on.

Then I learned the hashtag wasn’t actually made up, the phrase was actually spoken by Kellyanne Conway during a TV interview. This blew my mind.

As I watched the video in the above link, absolutely dumbfounded, two points came to mind.

First, this is the second time in less then a week a member of the Trump administration has made a not-so-veiled threat to bypass the press. This is dangerous rhetoric. While the fourth estate has been wrestling with a cultural shift, it’s still essential for keeping our public institutions honest. The Trump administration would like to say the are taking their message direct to the American People, but all this means is they want to be able to dictate their narrative to people without anyone able to question them. Deliberately undermining a free press is the type of move dictators pull.

Second, the level of passive-aggressive behavior on the part of the Trump administration is alarming. If you critique the administration, it’s your fault for being a hater. If you call out the administration on a falsehood they utter, you’re at fault because you are a liar. If you don’t think the country is in utter shambles, you are the problem. I sincerely hope this is not that attitude they take into international diplomacy.

So now we live in the world of #alternativefacts. It’s the new Newspeak.