Today on Facebook people were sharing their “I Voted” selfies, which sparked me thinking. I don’t think I’d ever share an “I Voted” selfie, and really am not too keen on the whole sticker thing in general, but I wanted to affirm that I was with all the folks who had voted. So I posted,

Have not voted, will be voting. No sticker selfie will be shown because… it’s just not my thing.

This spiraled into a long, multi-thread, discussion on the point of the stickers 1, tattoos 2, and tribes vs. tribalism 3. At one point I mentioned how I don’t find the sticker thing appealing because when I’m out in the general public the last thing I want to do is draw attention to myself 4. This, of course, prompted someone to declare they were going to get a, “I Voted” sign and carry it around behind me all day. I actually thought this was a pretty cool idea, as it accomplished the advertising the election idea while simultaneously mocked the idea that advertising the election was even necessary. That’s my kind of commentary!

So I ended up making my own sign and turning it into my Facebook banner image. Because, why not 5?

Just in case anyone was wondering…. 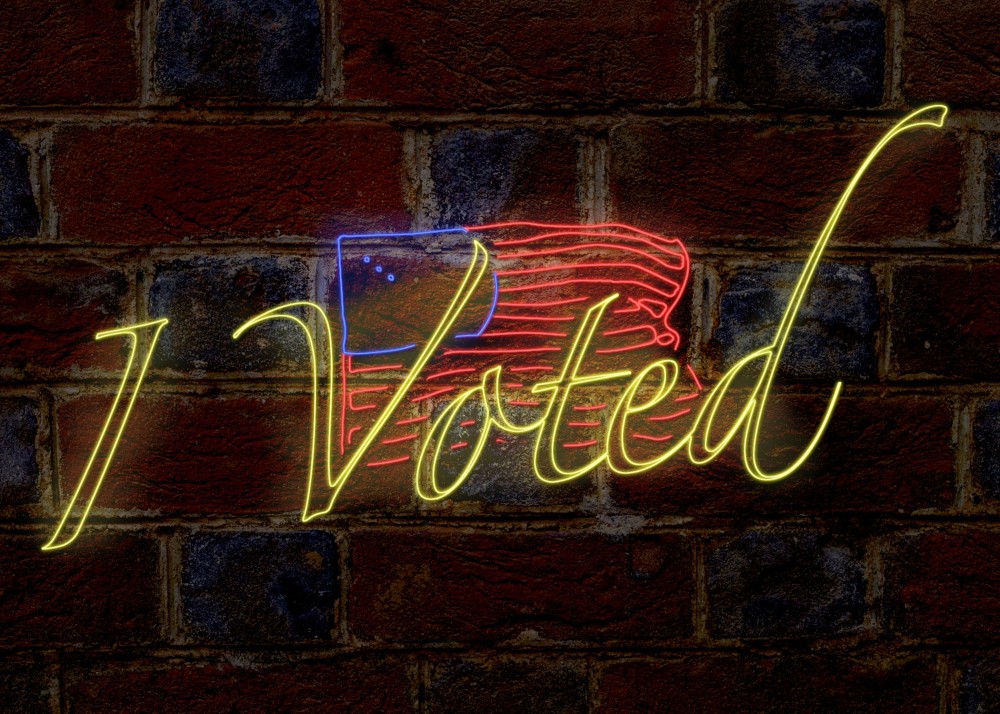