This image is the cistern which resides in the garden of Pennsbury Manor, one of my favorite living history museums. 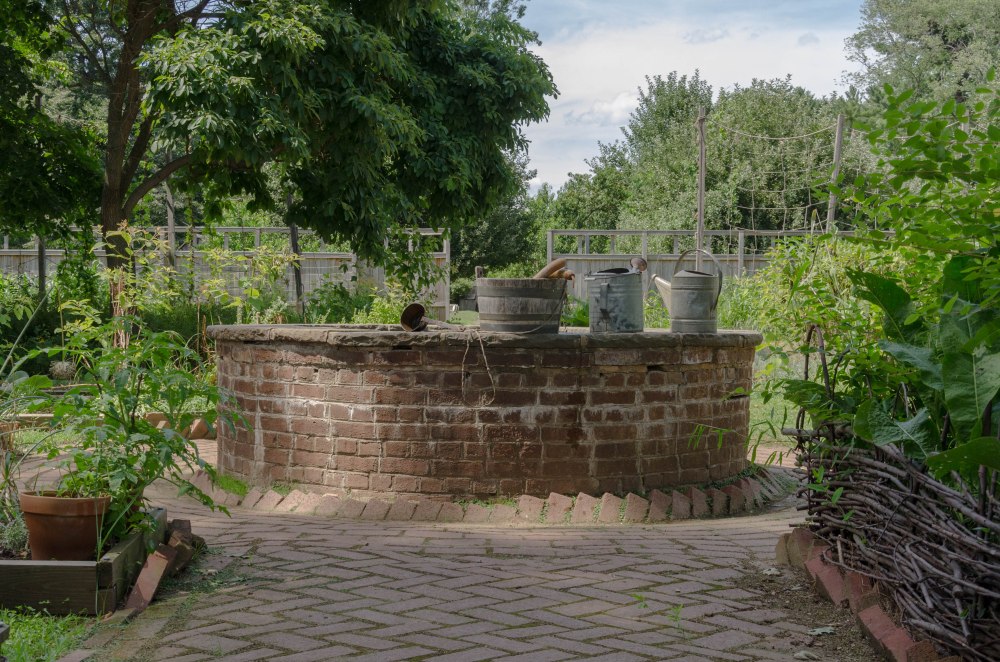 I love the way the brick walk raises up to meet the well-layed bricks of the cistern itself. It’s organized, but not “perfect.” Sometimes it’s the flaws which make things, and people, interesting.

My wife and I would like to take a photo of this cistern in each season of the year, rotating the images as the seasons pass. To me, it’s a reminder time really does move on. The world changes – and we have to embrace that truth.

People frequently ask me why I keep heading back to the same places over and over and over again, and take pictures of the same scenes over and over and over again. I don’t see it that way. I’ve never gone back to the same place, because the “imperfections” of life keep changing the places to which I travel. I could take photos of the same subject year after year and find that subtle changes in light, or the paint, or a different flower being in frame completely alters the resultant photograph. I could even head back to Pennsbury this Summer and never capture this image ever again. I could have headed back an hour after taking it and not duplicated it.

One of the most remarkable things about photography, and also video, is that it captures a moment in time and preserves it into the future. Photography is very much like a cistern. We fill it with visions of places which have not existed from the moment we capture an image, and from it we are able to draw the wonders of memory.