New Year’s Eve was a lot of fun. We had some neighbors over and pretty much laughed 2016 into retirement 1. My head finally hit the pillow sometime around 1:30 AM.

Saying up to such a late/early hour, however, comes with consequences. While my body got out of bed around 8 AM to get ready for worship, I’m not certain my brain woke up until the afternoon 2. I wasn’t preaching, as I’m still on vacation, but got to sing some Christmas songs with our praise band and say hi to folks. Interestingly enough, we had far more people at worship Christmas Day than New Year’s Day 3. To be honest, many of us who were present were still basically asleep. But it was nice to be together, anyway.

I sacked out on the couch watching the Eagles’ game for much of the afternoon, but once that was done I headed down to the river to capture some photographs. I’d picked up a mounting solution for the portable router I use as a remote camera tether and wanted to try it out.

Sadly, the sky was generally uninteresting. It wasn’t yet late enough in the afternoon to get decent colors and there wasn’t a cloud in the sky to add contrast. The birds were also vacant from the riverside, which gave me very little to capture. There was a nice break in the shadows shortly upstream from my tripod setup, however, so I managed to capture my first bracket-hdr photo of the year. This is a combination of six exposures, enjoy. 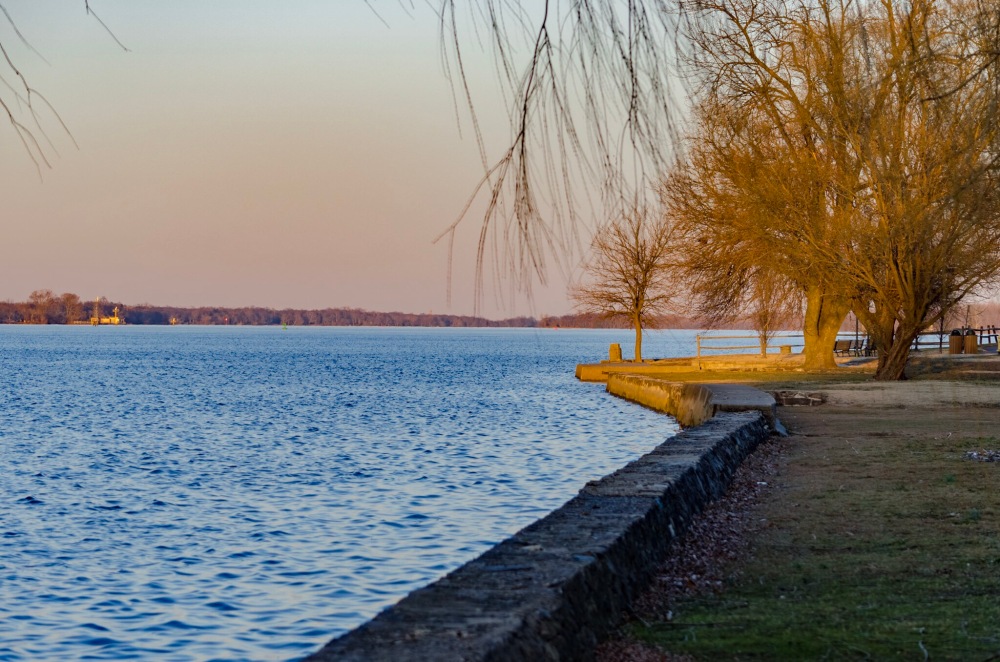