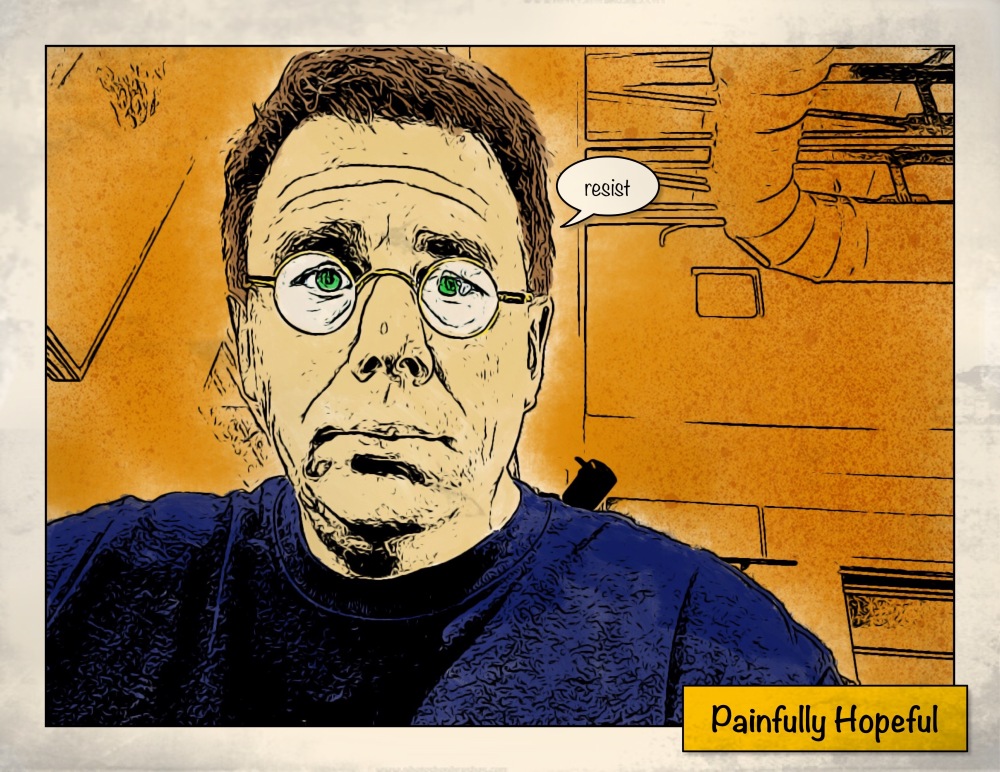 This comic makes me uncomfortable.

I tried to make my discomfort readily apparent in the panel. My face is etched with sadness, not anger. My eyes are colorful, but weary. My words are in light font and all lower case. The comic isn’t a victorious rallying cry, it’s grief.

But, nevertheless, here were are.

What we have encountered in the last two weeks is nothing short of disturbing. But the most the most troublesome, because it can be done without grandiose gestures, are the Trump administration’s repeated insinuations they should have complete control of the cultural narrative.

Trump has declared he is in a “running war” with the media. Steve Bannon suggested in an interview, “The media should be embarrassed and humiliated and keep its mouth shut and just listen for awhile.”

Outright dismissals of the press coming from public servants are dangerous to our society. And, as someone who believes in the freedom of information 1, I can’t sit by while any form of critique of the Administration is met with hostility, derision, and boasting. I can’t keep my eyes shut as ideological purity is elevated above reality 2. For this and so much more, I #resist.

And here is how I’ll do it.

First, I’m going to be calling my Senators and Representatives about votes and issues, and will make it a habit. Frankly, I should have been doing this for years and it’s time I repent of being a poor citizen.

Second, I’m going to find outlets to pay for decent journalism. Consortium News is probably one site I’ll support with monthly donations and, as much as I’d rather support a Philly paper 3, I’m going to be getting a subscription to the New York Times. I’ll certainly continue to make donations to charitable causes, and the ACLU’s recent flood of donations is nothing short of amazing, but journalists are the one who poke and prod and uncover the muck to which organizations like the ACLU respond.

Third, I’m going continue with what I know. “Slow and steady wins the race.” I will certainly respond to egregious actions on the part of government, but I refuse to react. If I do, I’m only allowing myself to be manipulated.